A leopard cannot change its spots

The meaning
A person cannot change who he is, especially if he has a bad character, no matter how hard he tries.

The waiter tried to be friendly to his customers but a leopard can’t change its spots and he was still very rude. 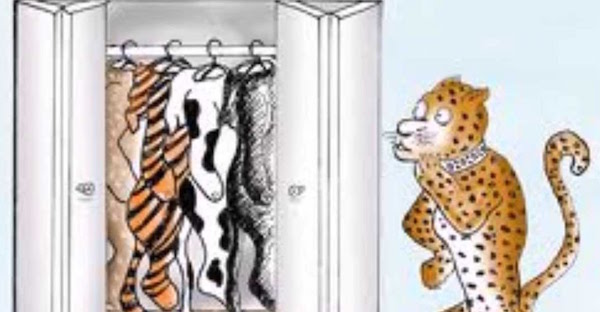 Etymology
This idiom comes from the Old Testament (Jer. 13:23). The Hebrew prophet Jeremiah tries to persuade an evil shepherdess to become good but when he realises that it is impossible to convince her, he says: “Can the Ethiopian change his skin, or the leopard his spots?”
Some Christian commentators have interpreted this to mean that hard-core sinners cannot become good and will not be saved by God; they are doomed to be punished. Others have suggested that, while it’s very difficult for a long-standing sinner to change and be saved, it’s not impossible.

Other Idiomatic Expressions with the same meaning

The tiger cannot change its stripes